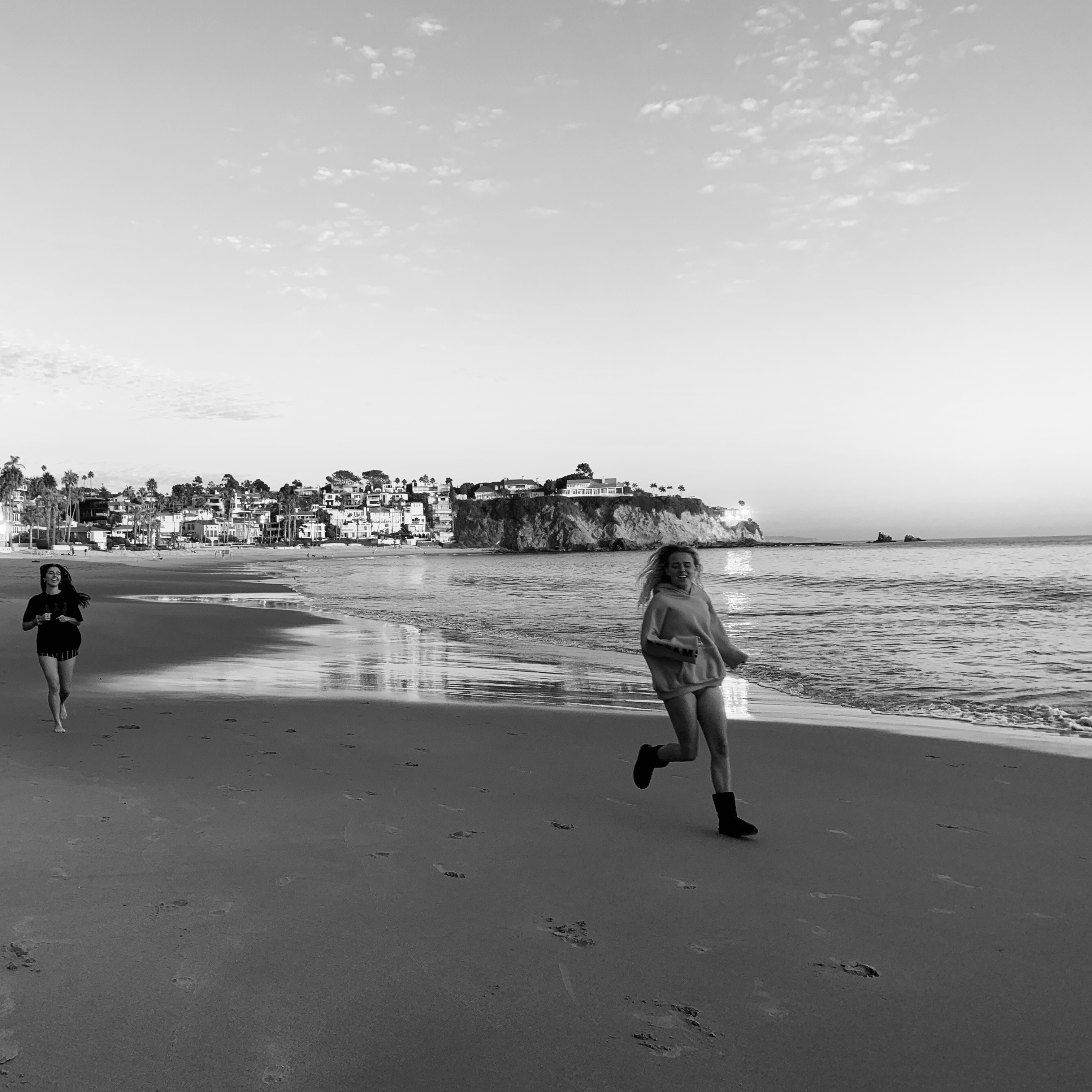 Adios to California - A Story of Transitions

Have you ever gone through a period where you have grieved old life? Maybe it was that year you spent living abroad? Or your fun crazy college experience with all your buddies? Or the absence your heart feels when your children have grown and left the nest?

So far, my life has been a series of exiting the high of one significant life period to entering the low of the next life stage until that stage builds up into the next high. And the past few months, I've realized after several conversations with friends that more people than not struggle with transitions.

In 8th grade, I remember the excitement building up towards graduation between myself and the classmates I had grown so close with. Those were the days when making silly vine videos, going to the mall with a huge squad, and playing spin the bottle in a friend's backyard were enough stimulation to get you through your boring week at school.

I was excited for High School and the next stage of life, but I remember that first year and that first longing for my "old life" and wishing I could hold on to it forever. With time, things, of course, improve. You grow up, meet more people, expand your circles, get your first "real" boyfriend, have your first drink. And before long, I stopped missing my "old life" and was fully present in my new one. I realized I had outgrown mall trips and silly games of spin the bottle. And these activities were soon replaced with drinking peach Smirnoff at high school parties and driving up mountains to watch the sunset with a first boyfriend. It is similar to a child outgrowing a stuffed animal and replacing it with a more mature toy like a lego set. (Except I don't know how much more mature drinking peach Smirnoff is compared to playing spin the bottle).

The next three years continued, and I grew a lot. I made a lot of mistakes, tested the boundaries, learned, and grew a bit wiser (emphasis on the "bit"). With each year getting better and more fun than the next, I found myself in the same loop I once did back in 8th grade, where I couldn't imagine this ever ending.

"How could life possibly get better than when you were 17 ?" I thought to myself.

I have all the freedom one could want in the world. I had the license that allowed me to get anywhere I wanted whenever wanted, and my first job, where I could have my own money to buy things without crawling to mom and dad for limited handouts. I remember the feeling of filling my dad's bright blue Prius up with gas, blasting music with the windows down, and having an absolute sense of bliss. The feeling was pure and simple. It was my first taste of independence.

My senior year of high school was one of the craziest and most packed with fun event after fun event of my life. Again I am at the top of this high, on this fun roaster coaster dreading the turndown, wondering if I will ever feel this alive again?

Well, college came around, and as you can imagine, I was back to square one again. That first year was challenging for me. Even though I knew that I was at the right place, and with time the college experience I truly envisioned for myself would come to pass, I still found myself craving my old life from senior year. I missed how close I was to my classmates and the familiarity my childhood in Phoenix brought.

It took another two and half years to find my place in college. I had worked hard to put myself out there and explore many different types of people and opportunities. While at the same time fully letting go of my old life and allowing identity to shift and take a new advanced form.

And by junior year, I was finally in a great groove. My squad of friends became more solidified, many of who I still keep in touch with today. I finally got through the mundane lower-division business courses and was finally exposed to the higher-level finance and real estate classes. And I started my new minor in graphic design, where I struggled through learning an entirely new skill set that I now have grown to love. It was a time when I finally let go of dating for sport and fun and instead became selective about the type of guy I wanted to spend my time with. And not waste that energy on someone I didn't have a real connection with. There were fun set plans every weekend that, to this day, are some of my most treasured memories. It was a very blessed period of my life.

I felt like after two years. I could finally call my "new life" just my everyday life.

My last two years of college substantially impacted my identity and who I am today. I became someone who cared more about nature and enjoyed simple things like just being outside and just soaking up the sun with a corona in hand. I became more open-minded and exposed to ideas I had previously dismissed. I got less political and realized most of politics is just orchestrated bipartisan noise used as a distraction to prevent people from uniting to get anything productive or positive done for the people policymakers serve. I started to learn how to surrender myself to the bigger plan life has in store for me. And trust in that plan even when the path was hazy, and I could only see one small step ahead. Lastly, I finally realized in some situations. It's best to give up control. You can only control the inputs you give something, not the final outcome. This has been the hardest for me, and I am still humbly working through my instinctive urge to make every vision come true through my control. Letting go for me seems to take a lot of practice and will take a lifetime even to scratch the surface of perfection in this area.

Identity is not something that is fixed. We are constantly evolving as time moves on and our environment changes. For example, many people say you're a combination of the five people close to you at any given time, and think about how many times those five people closest to you shift throughout one lifetime.

When college ended, I struggled hard with my identity. I moved to Texas for a great work opportunity, and although I was excelling in one area of my life, I felt like I was failing in all the others. I stopped working out, I had no social life, little motivation to leave the house, and I know this sounds small, but I had always lived in places with elevation and used hiking up cliffs in laguna or mountains in Phoenix. There's always been this sense of calming when I could check out a beautiful aerial view with my journal in hand. And as beautiful as Houston was, it was just too flat and that calming ritual was no longer available for me.

After the summer, I moved back to Phoenix and got some of my routines back, but it wasn't the same as that high I had experienced through the last bit of college. I compared myself to others a lot. And for months, instead of owning the decisions, I made for myself to live at home to save money and focus on my career. I secretly kept wishing I was in California living a different life.

After that fall, I committed to traveling and catching up with old friends in old places. After several conversations with various people, I realized nobody has it all. A simple lesson in retrospect, I KNOW, but when you're living through stuff, simple lessons aren't always so obvious.

There's a simple truth in life that my mom used to tell me. There will always be someone more intelligent than you and dumber than you. Someone prettier and uglier than you. Someone richer and someone poorer. No one person has perfection. No one has it all. All we can do is maximize our gifts and give this life everything we got.

I relearned that lesson this spring.

Post-college - it's easy to see everyone's life on social media and immediately start the comparison game. Think, "oh, they have everything while my life is sub-average." But once you see people in person and catch up. You realize no one has it all figured out. And while someone may have the seemingly perfect relationship, maybe they're going thru a career transition or verses and verses. At the end of the day, all you can do is focus on chipping away at the goals you have set for yourself and not get bogged down in the temporary up and down feelings of each day. Because the truth is no one has the perfect day every day.

After closing out this last post-graduation transition period and finally accepting that new life is a combination of active decisions I've made that a direct impact and things that have happened out of my control that I have learned to embrace, not run from. This is my life, and hopefully, with each tough transition, there will be a calming of the storm and a new love for whatever next stage life has in store for me.